Not feeling like it vs not having enough energy 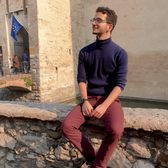 Hey everyone! Today I want to talk about the difference between feeling like doing something and not